Put Yourself In A Position To Win 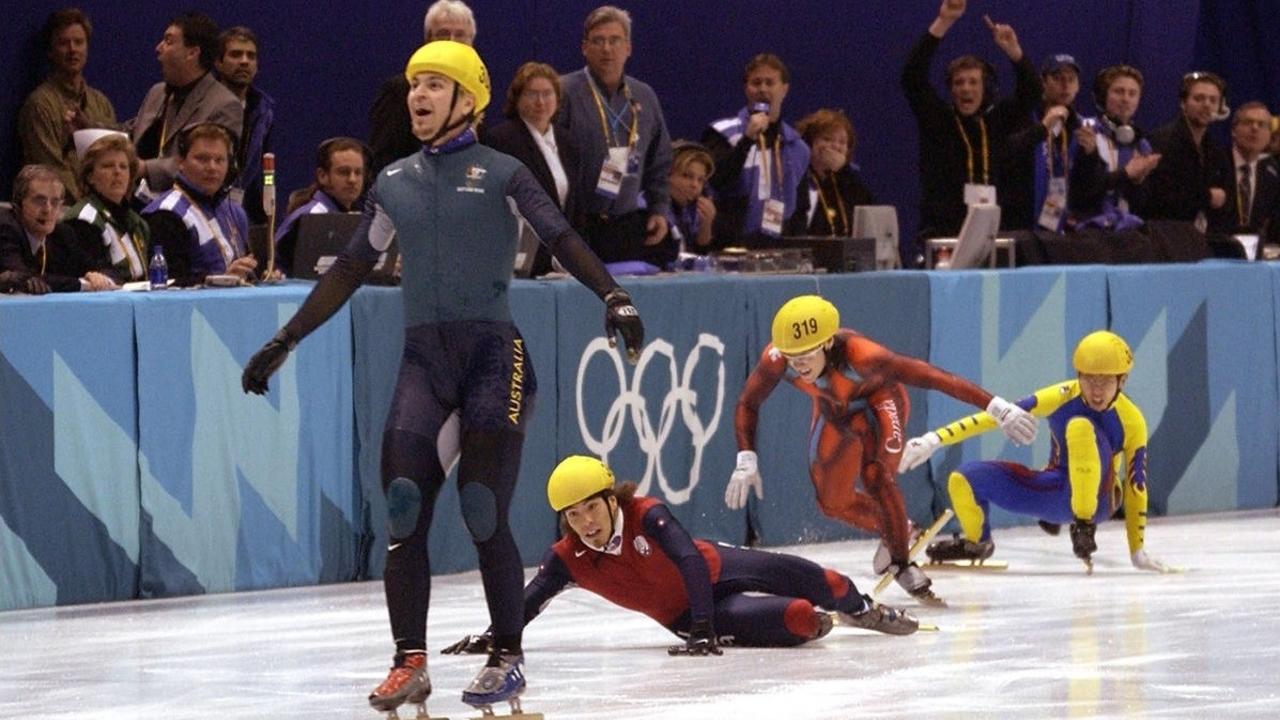 Work hard. Know your strengths. Stick to your game plan. Be patient. Never give up.

These are all things that Steven Bradbury played out in 2002 and came home as the most unlikely winner of a gold medal. Not just any gold medal, but Australia’s first-ever Winter Olympics Gold Medal.

This race was memorable for me as a dual citizen. I am a born Canadian and a naturalized Australian citizen. I was in Canada watching it. Needless to say, my Canadian friends were very upset to see the Gold medal “fall” from Canadian hands. Then to see a seemingly unknown Aussie glide through to victory was insult to injurry.

Some say he was lucky. I say he prepared perfectly and played to his strengths and put himself in a position to win. In an interview after winning his gold medal he said:

“Obviously I wasn’t the fastest skater. I don’t think I’ll take the medal as the minute-and-a-half of the race I actually won. I’ll take it as the last decade of the hard slog I put in.”

To give you some background, the following is an adaption of information sourced from Wikipedia with some additional commentary from me.

Now you need to understand, Bradbury was good enough to qualify for the finals. He definitely was a capable skater. Bradbury won his heat convincingly in the 1,000 m, posting a time of 1:30.956. However, it appeared that his run would end when the draw for the quarter-finals was made.

LESSON TWO: Be good enough to get in the game

Improbable Event One – Bradbury was allocated to the same race as Apolo Anton Ohno, the favorite from the host nation, and Marc Gagnon of Canada, the defending world champion. Only the top two finishers from each race would proceed to the semifinals. Bradbury finished third in his race and thought himself to be eliminated, but Gagnon was disqualified for obstructing another racer, allowing the Australian to advance to the semi-finals.

LESSON THREE: Focus on winning your race, not getting in your competitor's way.

After consulting his national coach Ann Zhang, Bradbury’s strategy from the semi-final onwards was to cruise behind his opponents and hope that they crashed, as he realized he was slower and could not match their raw pace. His reasoning was that risk-taking by the favorites could cause a collision due to a racing incident, and if two or more skaters fell, the remaining three would all get medals and that as he was slower than his opponents, trying to challenge them directly would only increase his own chances of falling. Bradbury said that he was satisfied with his result, and felt that as the second-oldest competitor in the field, he was not able to match his opponents in four races on the same night.

Improbable Event Two – In his semi-final race, Bradbury was in last place, well off the pace of the medal favorites. However, three of the other competitors in the semi-final (defending champion Kim Dong-sung of South Korea, multiple Olympic medalist Li Jiajun of China and Mathieu Turcotte of Canada) crashed, paving the way for the Australian to take first place and advancing him through to the final.

Improbable Event Three – In the final, Bradbury was again well off the pace when all four of his competitors (Ohno, Ahn Hyun-Soo, Li and Turcotte) crashed out at the final corner while jostling for the gold medal. This allowed the Australian, who was around 15 m behind with only 50 m to go, to avoid the pile-up and take the victory. Bradbury raised his arms aloft in complete disbelief and amazement at the unlikely circumstances of his victory.

A shocked Bradbury became the first person from any southern hemisphere country to win a Winter Olympic event. After a period of delay, the judges upheld the result and did not order a re-race, confirming Bradbury’s victory

LESSON SEVEN: Never give up

Steven was quoted in saying

“I was the oldest bloke in the field and I knew that, skating four races back to back, I wasn’t going to have any petrol left in the tank. So there was no point in getting there and mixing it up because I was going to be in last place anyway. So (I figured) I might as well stay out of the way and be in last place and hope that some people get tangled up”

It worked. The rest, as they say, is history.

He put himself in a position to win. He worked hard and got lucky.

The harder you work, the luckier you get.

Dave Clare, Leader of a New Generation
"Productively transforming the lives of leaders, their businesses and the people they choose to serve."

Subscribe to get tips and tricks to level up your skills.